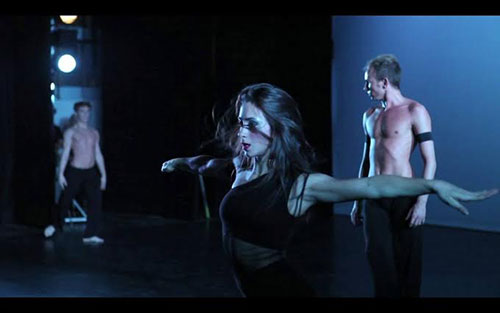 As a dancer she worked for AIDS Day - Carcano theatre Milan (2008); dance-staff in Holyday Inn
(2007); ORMARS Company, theatre and club performances (2010-2011).
Since 2011 Giusy is working as professional dancer in Catherina Buratti dance company, which
toured Milan, Tourin, Florence in important theaters.
In 2010 Giusy started her career as a choreographer conceiving and directing a series of
performances for "Dance Olympic games" set in Milan; she also choreographed and set the dance
sequences for the song video "delusa" by Angelica. In 2012 supported Silvano Barile for some
choreographies at MOMA Studios Milan. During this last experience, Giusy has shown her great
talent and she was committed to working as choreographer in the international context of Hillside beach club - Turkey, where she choreographed and set some big shows: Peter Pan and Fil Rouge (2012), Hercules (2013), Black Circus (2014).
In november 2013 she was soloist in the PIRELLI - The Cal 50th anniversary in Milano.
International contexts and her great desire to improve herself, make Giusi' style unique and dynamic, always up to date.