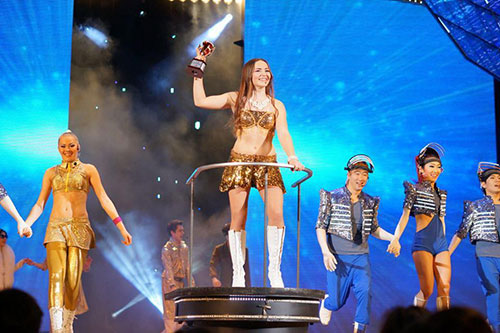 Education:
1992-2005
Children's exemplary dance ensemble "Mosaic"
Was a member of a dance group, participated in concert tours as a solo dancer and a trouper in many cities in Russia
2000-2005
Children's choreographic school Disciplines: ballet, folklore and modern dance, actor
2004-2011
Vocal Studio at the Volgograd State Institute im.Serebryakova Gained a Vocal education as a singer and performer of folk and pop songs
2005-2010
Volgograd State Institute of Arts and Culture
Gained a specialization of choreographer, director and a teacher of choreography in High School